Day 26. Berlinblockieren: A day at the Siegessäule blockade

These #twitternotes were originally posted 08 October 2019 on Day 26 of fieldwork, travelling from Oslo to London. These tweets describe a day spent at Extinction Rebellion’s blockade of Siegessäule in Berlin. The thread can also be accessed on twitter.

Day 26. Berlin. Two sites have been occupied and held overnight in Berlin: at #PotsdamerPlatz and #SiegessÃ¤ule. I hope to visit them both this morning. Meanwhile, here’s a piece from @guardian on how @ExtinctionR is changing climate culture.

2/ Weather may be on side of police today. Cold, dreary, wet. Though Nordic blockade at #Siegessäule has had breakfast and is dancing Lindyhop in the rain. Not sure I will arrive before arrests begin. Police have evicted #PotsdamerPlatz. #BerlinBlockade #BerlinBlockieren

3/ Action fieldwork can lead to #fearofmissingout. Rather than stress, I try to be fully present in any moment, take pleasure in the inbetween. Be grateful. For new pair of German wool socks, Berlin cafes playing chill electro, hot cup of coffee, lone maple leaf, navigating puddles.

4/ I see colourful umbrellas in the distance, hear cheers as well. Under the distant wings of Victory.

7/ Next blockade over, more makeshift shelters. Music, dancing in the rain, police watch on, and bubbles reflect back the iconic space of #Siegessäule at the #BerlinBlockieren. #EverybodyNow

8/ Miserable weather in Berlin. Making it all the more impressive that these blockades are still secure and people in such good spirits. Sweet souls wrapped up in gold and silver foil, trying to keep warm and dry. #EverybodyNow #BerlinBlockade #BerlinBlockieren @ExtinctionR

9/ Have walked past all 5 blockades now, each with their distinct atmospheres. #BerlinBlockieren #ActNow #EverybodyNow 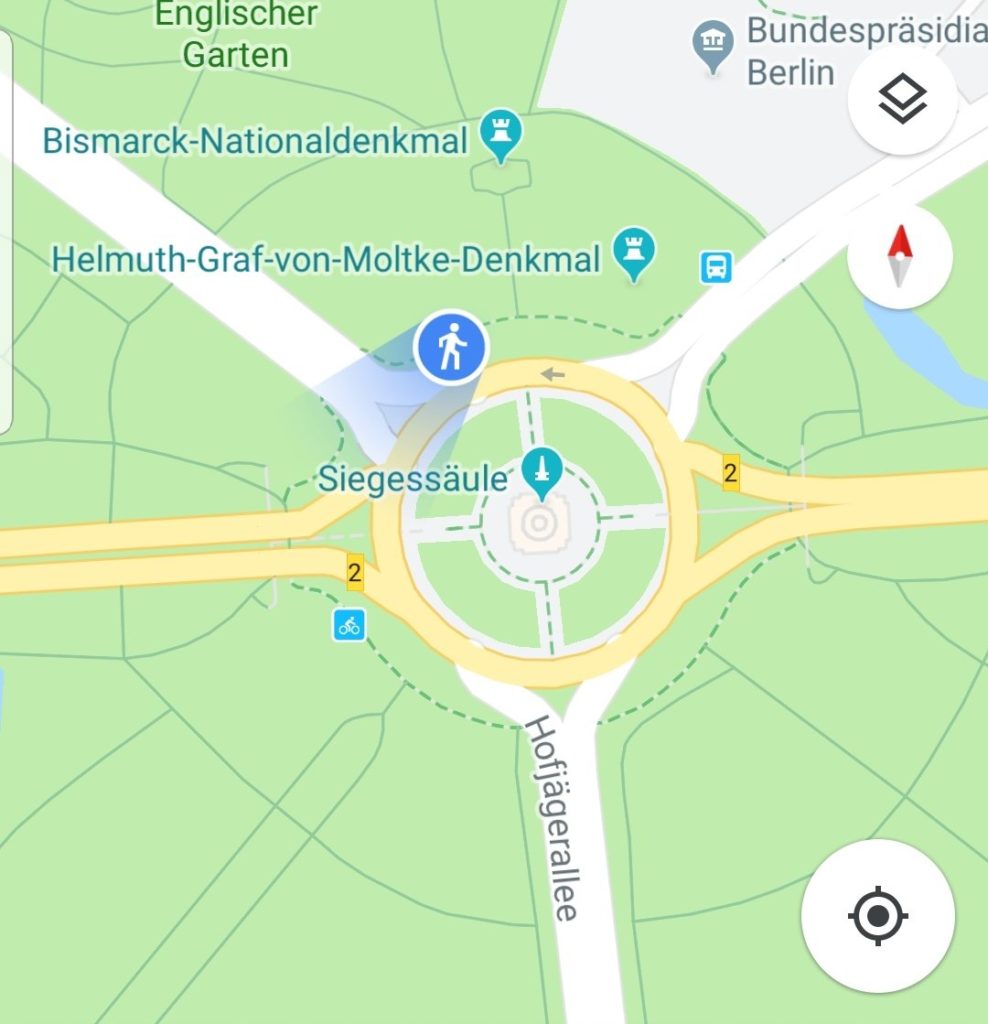 10/ Wet banners on the ground, in the breeze, long queue of police vans at #BerlinBlockieren #BerlinBlockade at #Siegessäule for the #InternationalRebellion.

13/ Nordic blockade holding for now, police standing to the side. There are five blockade with hundreds of people. People waiting. Peaceful but slightly electric energy. @ExtinctionR #BerlinBlockieren #BerlinBlockade

14/ Nordic and German rebels hold hands in a big circle singing for climate justice, begin moving in a slow circle singing in harmony. Police have complimented rebels on the beauty they have created at #SiegessÃ¤ule #BerlinBlockieren but they are moving in now.

18/ Major energy shift at #SiegessÃ¤ule… sudden loud drumming and cheering of an approaching demonstration has rebels literally dancing in the street. Everyone taken a little by surprise. Very peaceful, positive, above all non-violent. #BerlinBlockieren #BerlinBlockade #EverybodyNow

19/ No, not arrested nor did I witness any rebels getting arrested today. Tension dropped, energy shifted and so I left the blockade. I am utterly exhausted. And I imagine all the activists must be exponentially so. Can’t believe I thought I’d manage a quiet afternoon writing.

20/ Fascinated by these foil emergency blankets activists used to stay warm. As for me, I waded through the pheromones of the hostel common area to the kitchen to get some hot water. I will now drink rose tea, eat some cookies, and try not to have nightmares of German polizei.