These #twitternotes were originally posted 13 September 2019 on Day 1 of fieldwork, travelling from Oslo to London. These tweets describe my journey from Oslo to Malmö, the first leg of my train journey to London. The thread can also be accessed on twitter.

1/ Day 1. Oslo to London by train. Taking a moment to remember all the shoes left behind. #LAXLAB #OSL2LDN 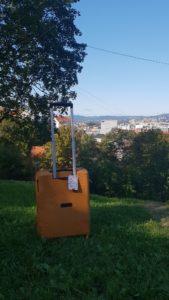 2/ Always get a selfie in front of colourful and/or interesting and/or ironic graffiti or street art. It’s an important part of travelling. #LAXLAB #OSL2LNDN 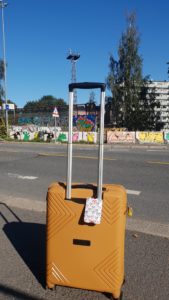 3/ Last time I was at #OsloS was for an #ExtinctionRebellion die-in back in the spring. Now I am waiting for my first train. First stop Gøteborg, Sweden. 3hr49m. My luggage has acquired a sticker, it seems. #LAXLAB #OSL2LDN 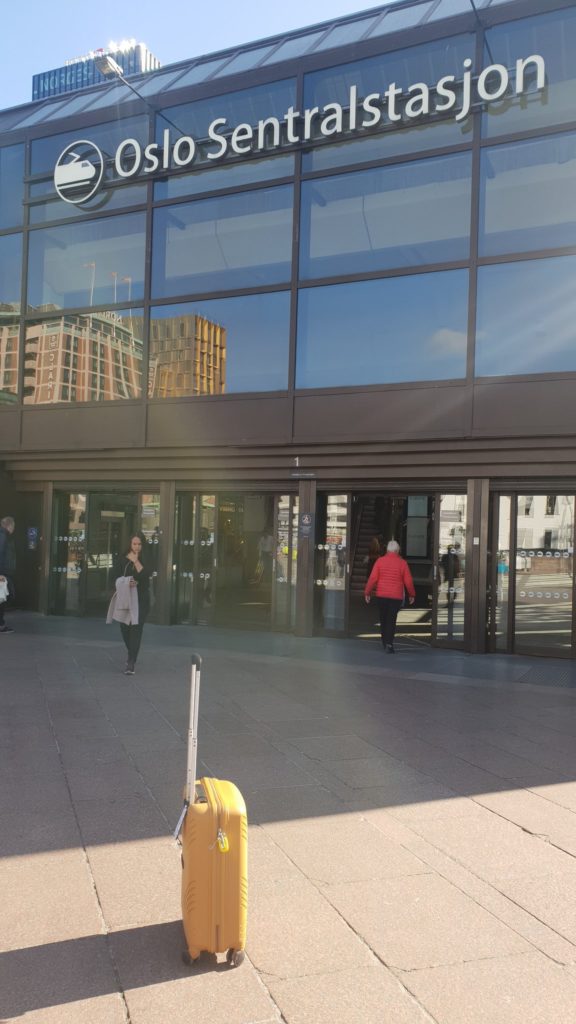 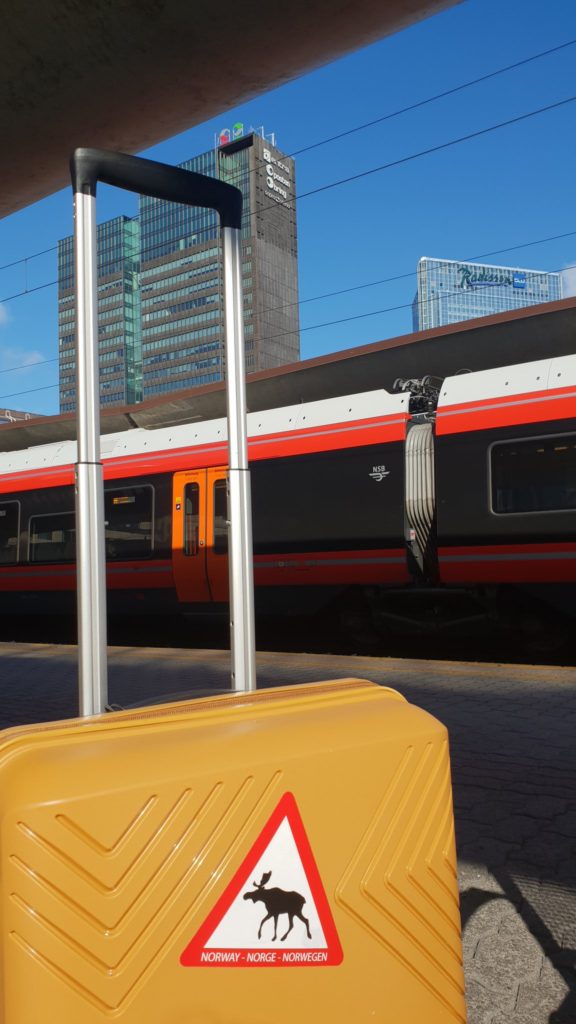 4/ I get dreadful motion sickness but am going to try and do a bit of work on the train to #Gøteborg. I removed two revise and resubmits from my luggage as I want to focus on #fieldwork but have a very overdue book review that I must finish. Goodbye Oslo fjord. #LAXLAB #OSL2LDN 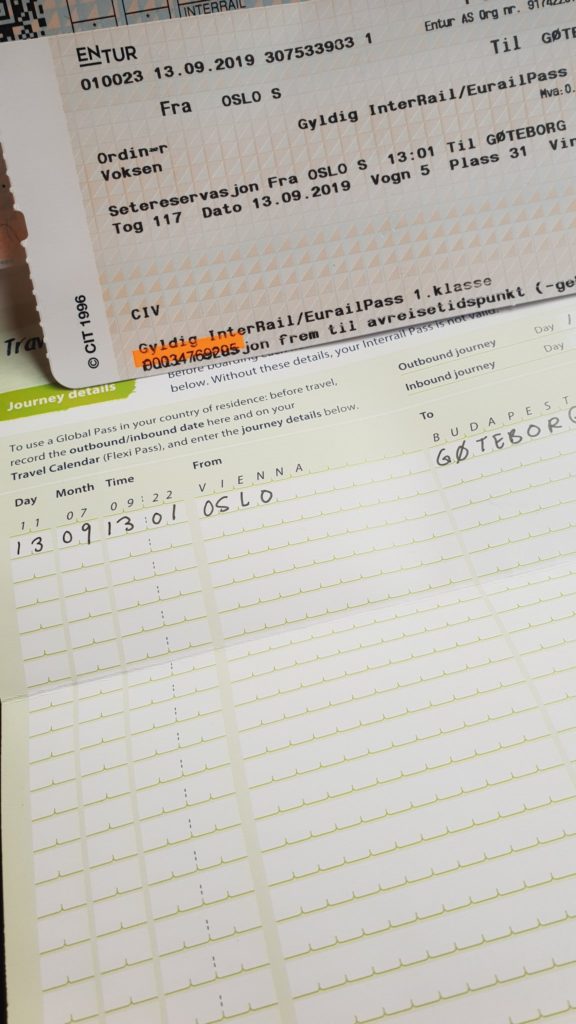 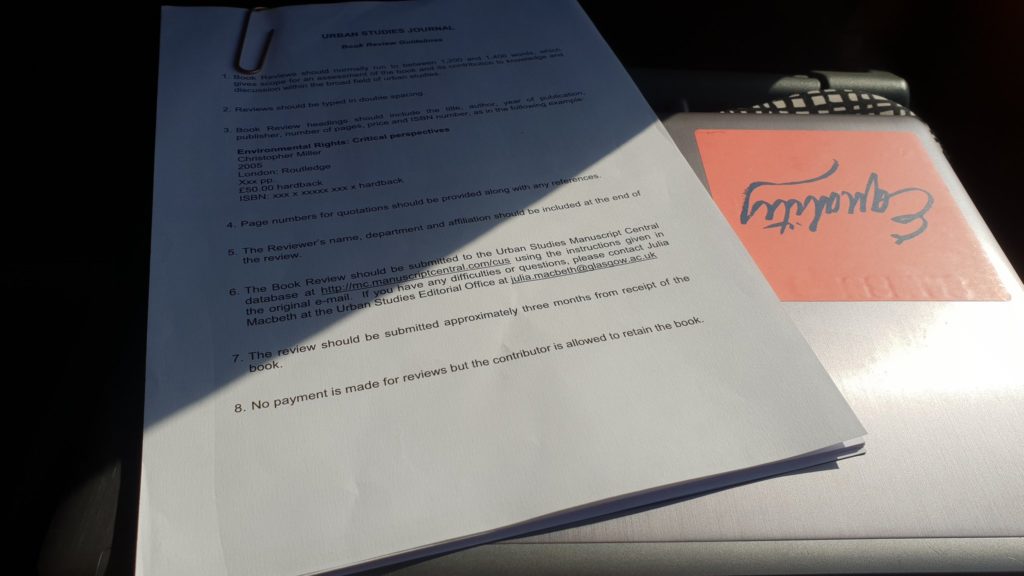 5/ Have made it to Sweden. Heia Sverige! Greetings from Gøteborg. Had enough time to quickly peruse the train station bookshop and pass by the bakery to pick up a Swedish vaniljebolle (like a cinnamon bun but with vanilla). Onward to Malmö. High speed train 2h18m. #LAXLAB #OSL2LDN 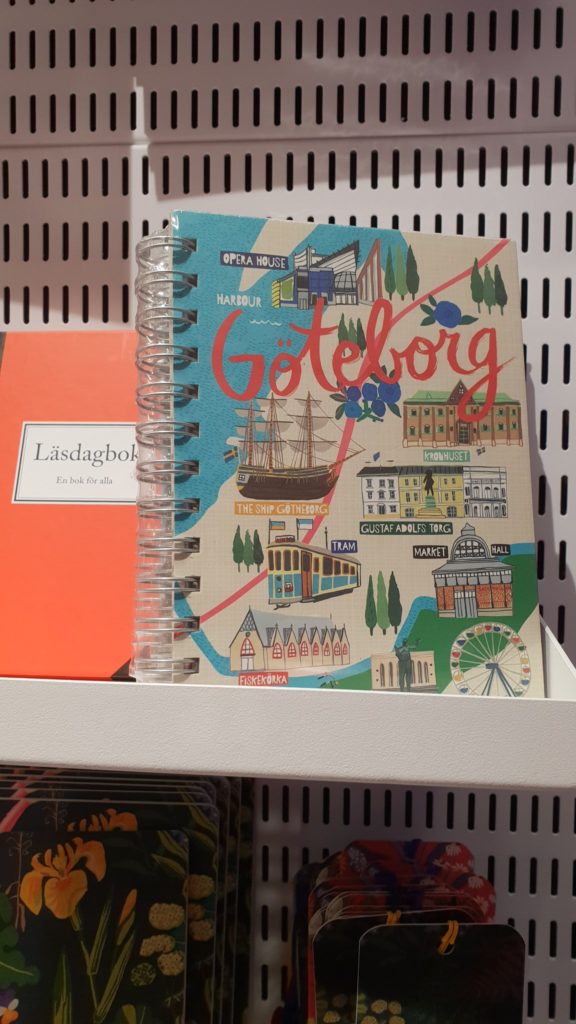 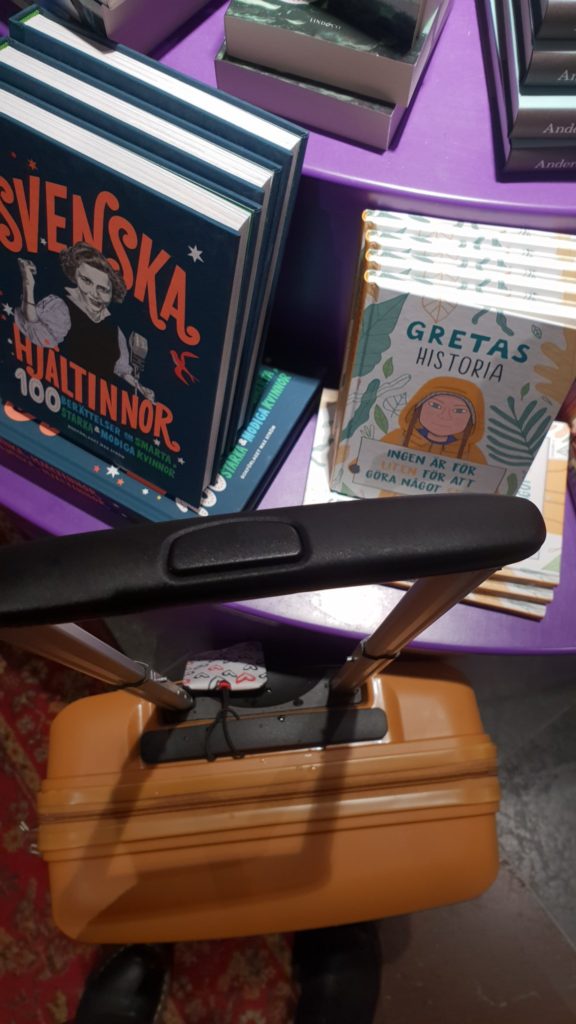 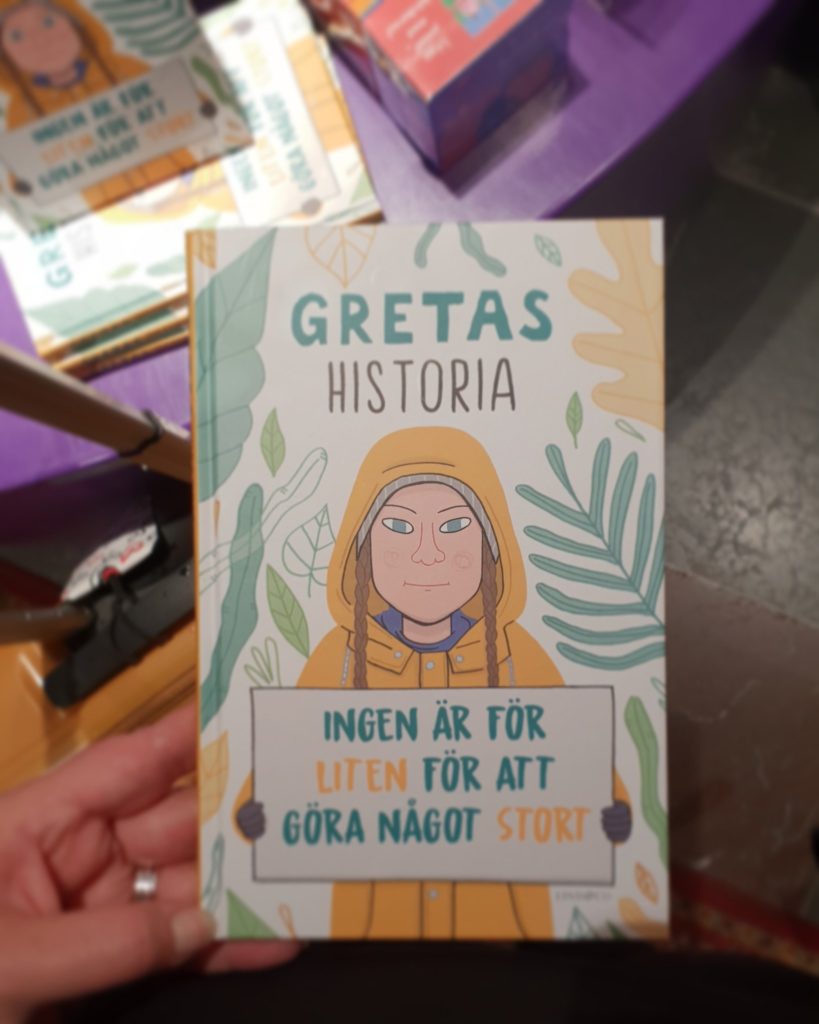 6/ In case you were wondering about the #vaniljebolle. I forgot my reusable coffee cup unfortunately but will pick one up along the way. 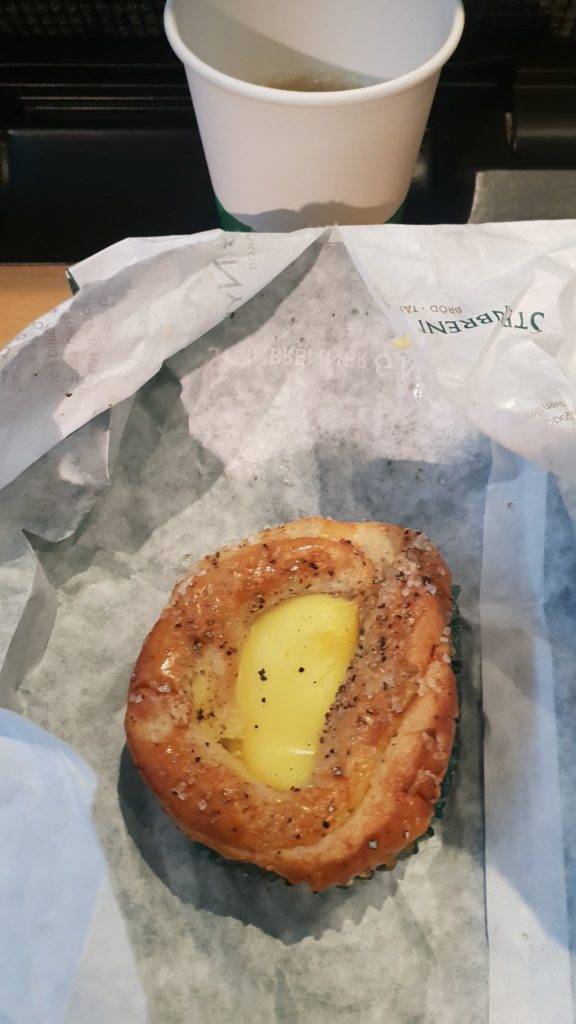 7/ People travel long distances by train all the time, especially in Europe. And I fully acknowledge that it’s perhaps not so unique to be travelling by train from Oslo to London. But, that’s 6 days of travel time + overnight stays … #LAXLAB #OSL2LDN

8/ Travelling for work in this way is certainly not the norm though. Imagine travelling 6+ days for a 2 day conference!? And that’s just to go somewhere ‘close’. The planning isn’t simple, it’s far more expensive, it can be very inconvenient, it takes time, etc … #LAXLAB #OSL2LDN

9/ It’s the time aspect that I suspect is most challenging. Perhaps flying less should not be wound up so much in shame but about travelling with more intent. So that when we do travel, it’s meaningful and those 6 or so days are a gift of time rather than a loss. #LAXLAB #OSL2LDN

10/ Just pulled into Lund train station. Oh my heart! I lived here 11 years ago (studied @IIIEElund). So much nostalgia. So many beautiful memories. Am staying two nights in Malmö en route to London by train for this reason, to have a wander, to softly retrace some steps.

11/ Heisan from Malmö. Forgot just how much I love Sweden. Day 1 of travel from Oslo to London by train complete. Nearly 21:00 and I’m just about ready for bed. My accomodation choices are a bit of a bobo #bourgeoisboheme mix. In Malmö, a pretty decent hostel. #LAXLAB #OSL2LDN 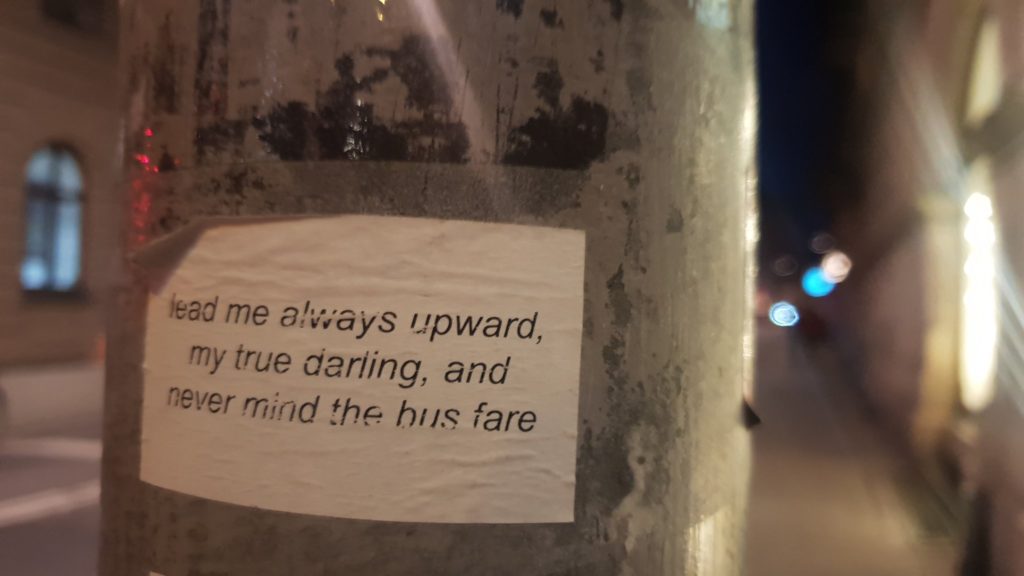 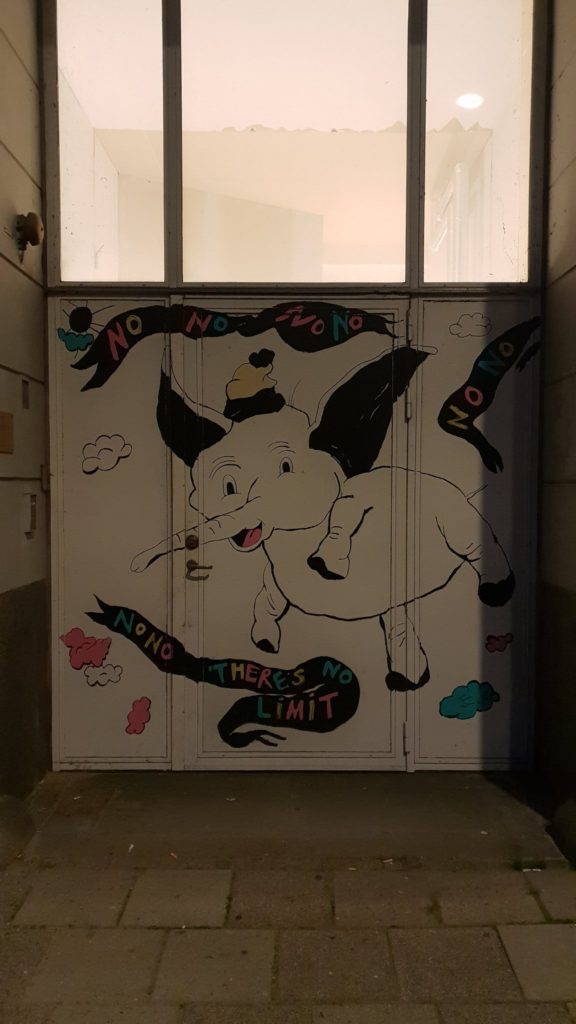 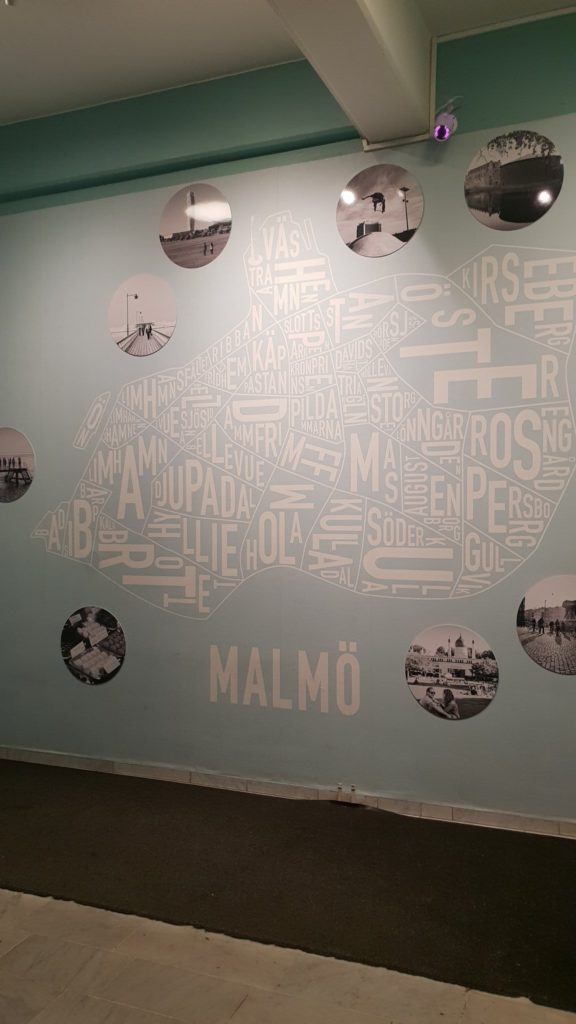 12/ God natt. Bon nuit. Goodnight. Will leave you with these two photos from my walk from Malmö train station to the hostel. A nice reminder of why I’m doing this trip. Change the system, not the climate. #LAXLAB #OSL2LDN #climatecrisis #xrsweden #ExtinctionRebellion @ExtinctionR_SV 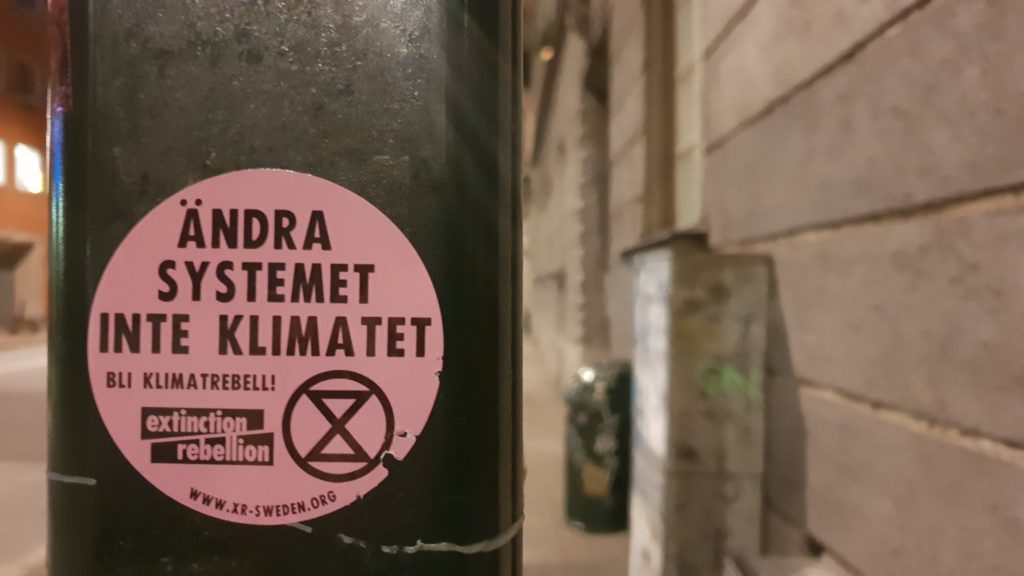 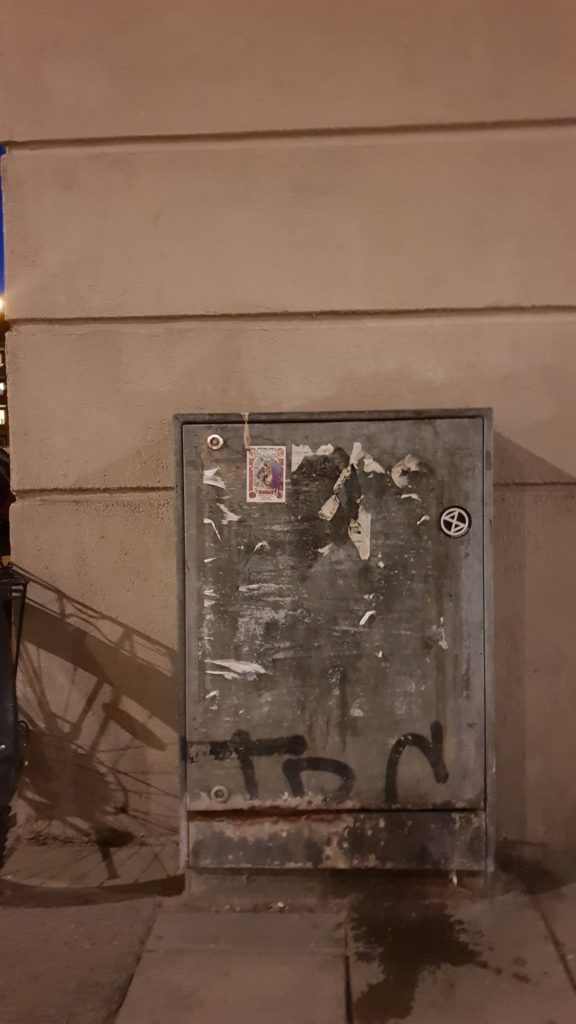