Home / Book / [6] Moon of the Crusted Snow by Waubgeshig Rice

[6] Moon of the Crusted Snow by Waubgeshig Rice 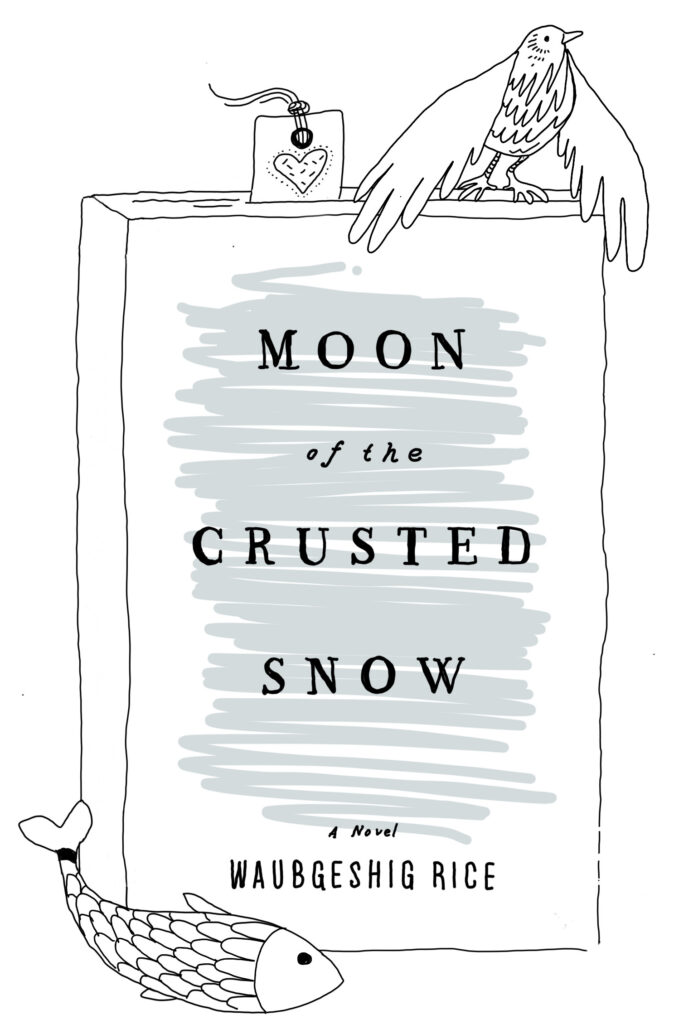 SUMMARY
Indigenous people know what it is like to have a world end. Winter is approaching as a small Anishinaabe community in northern Ontario is cut off. No power. No communication. No end in sight. Life becomes more complicated with the arrival of unexpected visitors from the south. Tensions and panic rise in the community as the harsh winter progresses and food becomes scarce. How does community survive when disaster strikes and infrastructure collapses?

Moon of the Crusted Snow by Waubgehsig Rice is the sixth book in the LAX LAB climate fiction book club and our first book of 2021. It is a dystopian tale told from an Indigenous perspective. Many of you have expressed interest in reading fiction by Indigenous authors, and I hope this is one of many that we may read together. Waubgeshig Rice is an author from Wasauksing First Nation near Parry Sound, Ontario in Canada. He is part of a growing collective of North American Indigenous authors writing science-fiction, horror, and dystopia. I hope that this book will open up opportunities to reflect on colonialism, upon resilience and how communities respond to crisis, and on the dominance of Eurocentric voices in climate fiction and associated genres.

How might we live in a good way when everything falls apart? This is a question we may be asking ourselves more often in our daily lives and it is one that is ever-present through Waubgeshig Rice’s ominous novel Moon of the Crusted Snow. Cut off from communication, electricity, and the flow of goods just as winter approaches, a small Anishinaabe community is confronted with how to survive when infrastructure becomes irrelevant, unwelcome visitors arrive, loyalties are divided, and food scarce. The community struggles for survival while facing the fact that ‘life as they had become accustomed to in the last two decades would not return’ (p.178).

Though we might not know just what disaster has cut off this remote community nestled in the Boreal forest of Northern Ontario, it is very possible to imagine it is the result of climate change. The novel gives us opportunity to discuss a great deal: climate change, colonialism, community, Indigenous worldviews, racism, resilience, survival, about worlds ended and worlds ending. I offer the following provocations as a departure for our discussions.

Provocation 1: Trickster and other archetypes

The trickster is a typical character or archetype common to many mythologies, from Loki in Norse folklore to Nanabush in Anishinaabe tradition. We meet Nanabush briefly in Moon of the Crusted Snow in Chapter 25 (p.169-174) in a story told and acted out by Dan Whitesky to his grandchildren Maiingan and Nangohn. The trickster archetype is often male and likes to break rules, flaunt authority, shapeshift, and play tricks.

Who is/are the tricksters in Moon of the Crusted Snow and what role(s) do they play?

What other archetypes feature in the book?

What tricksters and archetypes feature in climate change discourse?

Dreams figure strongly in Moon of the Crusted Snow. There are those that appear in sleep, as well as the waking dreams that run more subtly through the course of the novel. It is our protagonist Evan Whitesky’s father Dan who shares his dream first about setting fire to burn out moose in the winter (p.25-26). There is Nicole’s dream about struggling through the snow (p.68-69) and Evan’s increasingly foreboding dreams that escalate in intensity as the crisis unfolds in the community (p.120-123 and 186-187). These dreams are ominous and with purpose, but are there also other dreams here? The novel deals with the long-lasting repercussions and persistent threats of settler-colonialism and racism. It also deals with resilience and how to cultivate it. It is the elder Aileen who reminds Evan of their community's resilience, saying: ‘Our world isn’t ending. It already ended’ (p.149), adding that their community has already survived several apocalypses.

What is the significance of dreams in this novel? What purpose do they serve in the story?

What might the links be between dreams and resilience?

What other dreams are also present in the novel?

‘Why Waubgeshig Rice wrote a dystopian novel about the collapse of society from an Indigenous perspective’
Ryan B. Patrick, CBC, 9 October 2019

‘"Speculative fiction is a powerful political tool": from War of the Worlds to Terra Nullius'
Veronica Sullivan, The Guardian, 22 August 2017

The Only Good Indians by Stephen Graham Jones

‘Why writing a post-apocalyptic novel felt more fact than fiction for Waubgeshig Rice'
The Next Chapter, CBC Radio, 3 December 2018